Of all Wiltshire’s landscape gardens, Stourhead is the jewel in the crown. Created by Henry Hoare in the mid-18th century, it is the original English Arcadia, an idealised rural setting echoing with classical references. The centrepiece is a lake formed from the headwaters of the River Stour. In contrast to most other great gardens of this period, the lake is set apart from the house, visually contained by wooded hillsides. Hoare was much influenced by his visit to Italy during his Grand Tour of Europe, which inspired him to build a series of Roman-style temples. Each was carefully placed to create a series of views and unexpected vistas on a walk around the lake.

The classical temples that we see today at Stourhead were not the only features constructed by Hoare. His imagination encompassed several other cultures. A Chinese bridge crossed the northern end of the lake, whilst a Turkish tent nestled in woodlands above its eastern shore. Period paintings show an umbrella seat, providing a view of the lake and shelter from rain. These have not survived the passage of time. However, a grotto on the western shore can still be entered to enjoy a carefully framed view across the lake. Within a dark corner, the source of the River Stour springs from rocks, guarded by the statue of a river god.

Perhaps more than anywhere else in Wiltshire, Stourhead is a landscape for all seasons. Spring brings fresh, vibrant colours of foliage and flowers. In summer, the cool shade of woodland contrasts with the shimmering brilliance of the lake. The soft light of autumn illuminates leaves of red, bronze and gold; every tree a unique and ephemeral piece of art. When the leaves are finally shed, the bones of the garden are shown in stark relief and low winter sun dazzles through the bare branches of the tallest tulip tree. 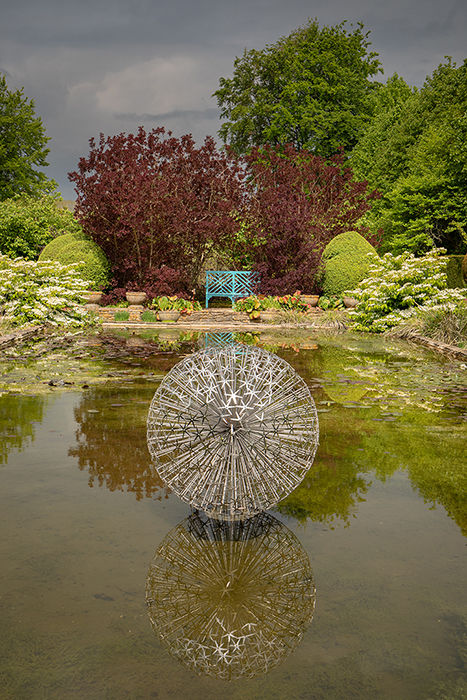