Because no single river crosses Wiltshire from east to west (nor north to south), there is no way to move people or goods across the county using natural waterways. It was long realised that the key to transport across southern England was to construct a navigable waterway across Wiltshire. This required a canal connecting the Kennet and Bristol Avon rivers, allowing boats to pass over the watershed between them.

The Kennet and Avon canal, completed in 1810, extends for 57 miles between the Bristol Avon at Bath (Somerset) and the River Kennet at Newbury (Berkshire). It forms the central part of an 87-mile navigable waterway, incorporating 105 locks. The Vale of Pewsey was the obvious route to take, selected by engineer John Rennie. Reaching the Vale from the east involved crossing a watershed at an elevation of 140m above sea level. In order to keep the summit water pound watered, Wilton Water reservoir was constructed, together with a large pumping station at Crofton.

At the western end of the Vale of Pewsey, the canal had to drop some 73 metres into the catchment of the Bristol Avon. This was achieved by one of the most remarkable flights of locks to be found anywhere in Britain. Of the 29 locks required in two miles west of Devizes, 16 form a straight staircase at Caen Hill.

In the far west of Wiltshire, the canal performs another feat, crossing the Bristol Avon on two spectacular neoclassical aqueducts at Avoncliff and Dundas. 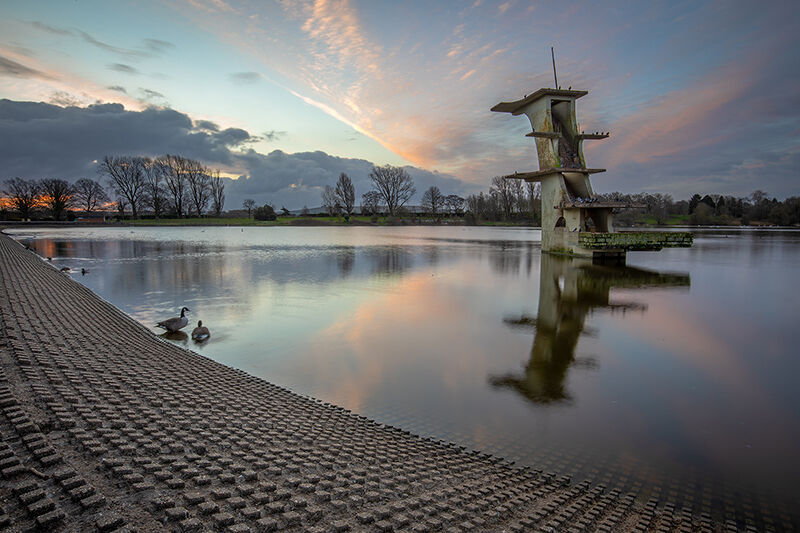