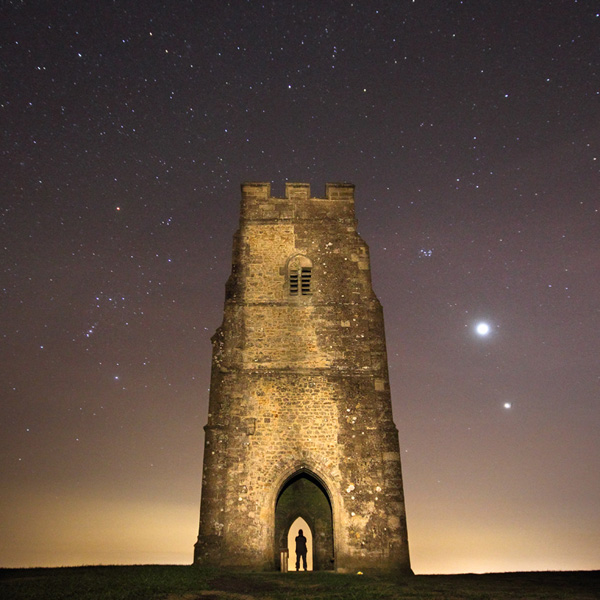 23/03/2012
Venus and Jupiter, the two brightest planets, form a striking conjunction in the sky this month. From the summit of Glastonbury Tor, I composed this image with St Michael's Tower in the centre, the two planets on the right and the constellation of Orion on the left. A thirty second exposure at ISO 2000 recorded the stars as points and I used a torch to illuminate the tower. The silhouetted figure of another visitor standing in the tower doorway completes the scene.

For more images of the night sky, see my Astrophotography Gallery.
Next
Previous